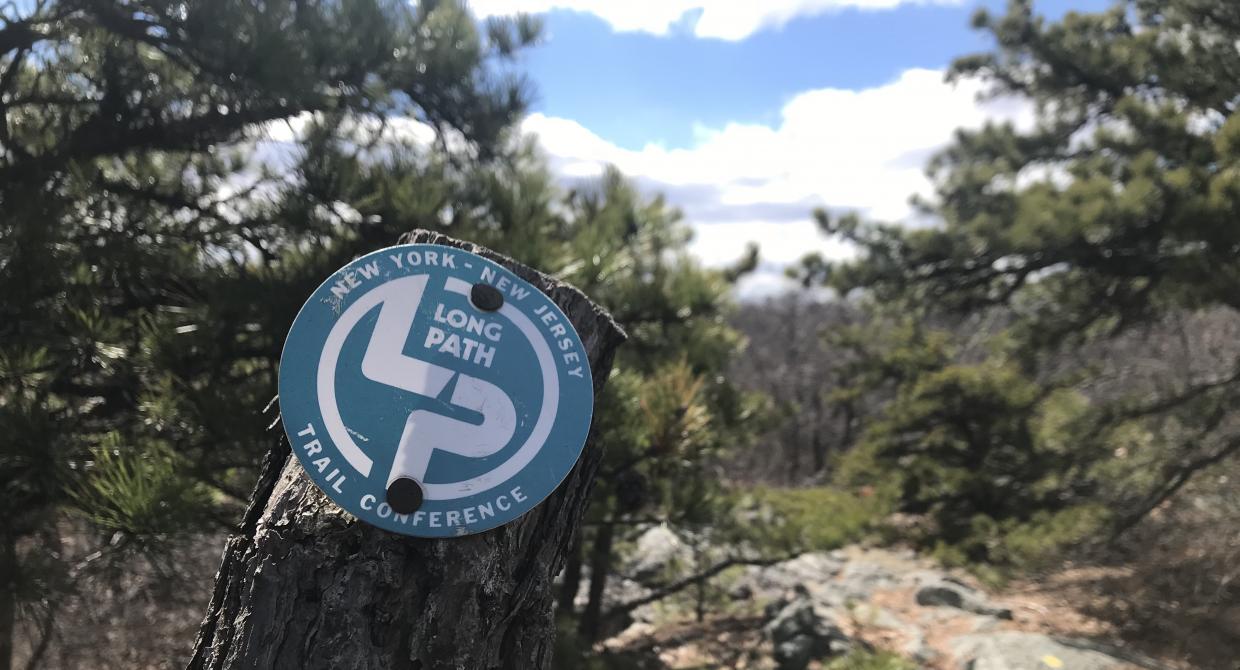 Long-distance trails give us the opportunity to connect with nature and push our limits, and 2019 has been a record-breaking year for the Long Path and Shawangunk Ridge Trail!

Jeff Adams set out northbound on his supported trek of the Long Path on Sept. 11 and finished on Sept. 18, becoming the new record-holder.

"I would just like to say thank you to everyone," Adams posted in the Friends of the Long Path Facebook group. "The support along this journey was great and very needed. The effort needed was tremendous but worth it. I'm still tired and a bit foggy so my words aren't coming together exactly as I want, but thank you all the everyone involved with the Long Path. It was an amazing journey.

Conceived in 1931 as New York’s answer to the Long Trail in Vermont, the Long Path was originally meant to be an unmarked route connecting scenic or historic points of interest from New York City to Lake Placid. Since 1960, the Trail Conference has spearheaded the effort to maintain, protect, and complete this long-distance trail.

Today, the aqua-blazed Long Path connects the most cosmopolitan area in the country with the region’s most wild places. The goal is to extend the trail across the Mohawk River and Saratoga County to link with the Adirondack State Park trail system, ultimately connecting “the Big City to the Big Park.”

"While fast times are impressive, they are only one measure of the experience.  Jessica Velez and Michael Merner pulled into checkpoint #6 with only a few minutes before the time cut-off, blistered, strained, and sopping wet.  Then they went back into the woods and made their way to Rosendale, finishing the 70-mile course in just over 29 hours.  We recognize them for embodying the spirit of determination.

"The creation and protection of the Shawangunk Ridge Trail was initiated by the Trail Conference in 1989, and the trail continues to be a work in progress by our volunteers and partners."

Cared for by Volunteers

The communities that surround the Long Path and the Shawangunk Ridge Trail are dedicated and ambitious, to say the least. Trail Conference volunteers not only maintain the trail, but they also work tirelessly to protect the existing trail corridor by eliminating road walks with strategic land purchases and significant trail relocations and construction efforts. For the Long Path, they are a driving force behind identifying and conserving undeveloped land between Albany and Northville, N.Y., to see the trail route constructed to its ultimate destination. The adventure-seekers who chase those blue and aqua blazes section-to-section and end-to-enders who complete the entire trail share an uncommon bond over these trails' diversity of terrain and scenery—check out the Friends of the Long Path Facebook group and the Shawangunk Ridge Trails Facebook group for proof.