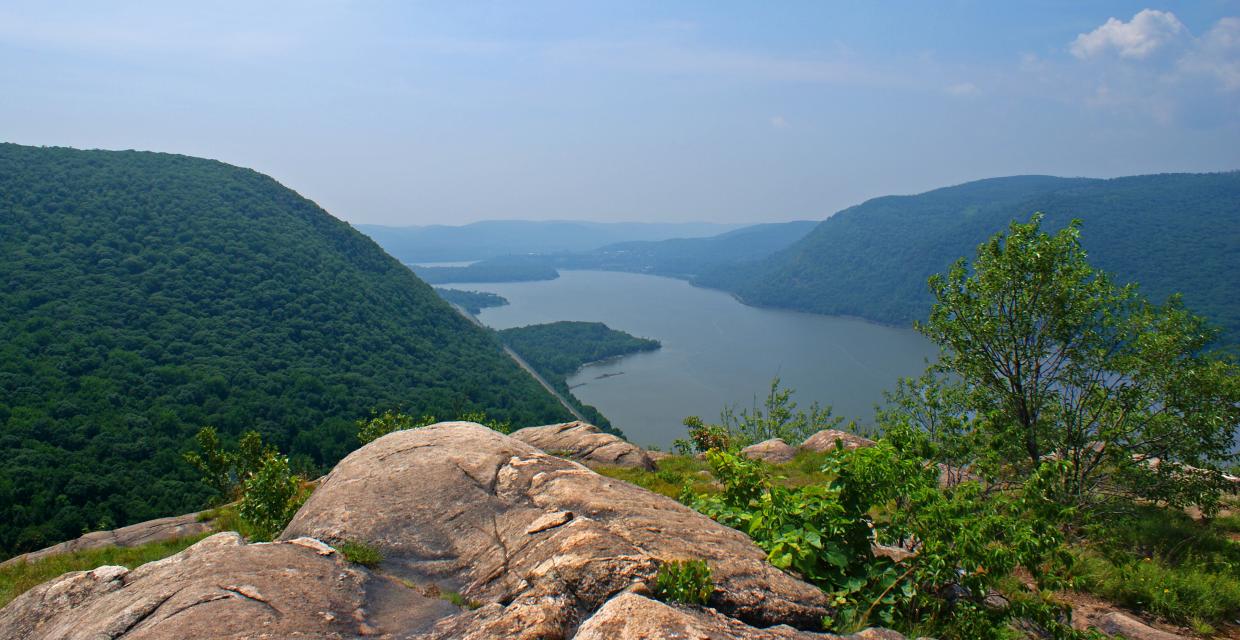 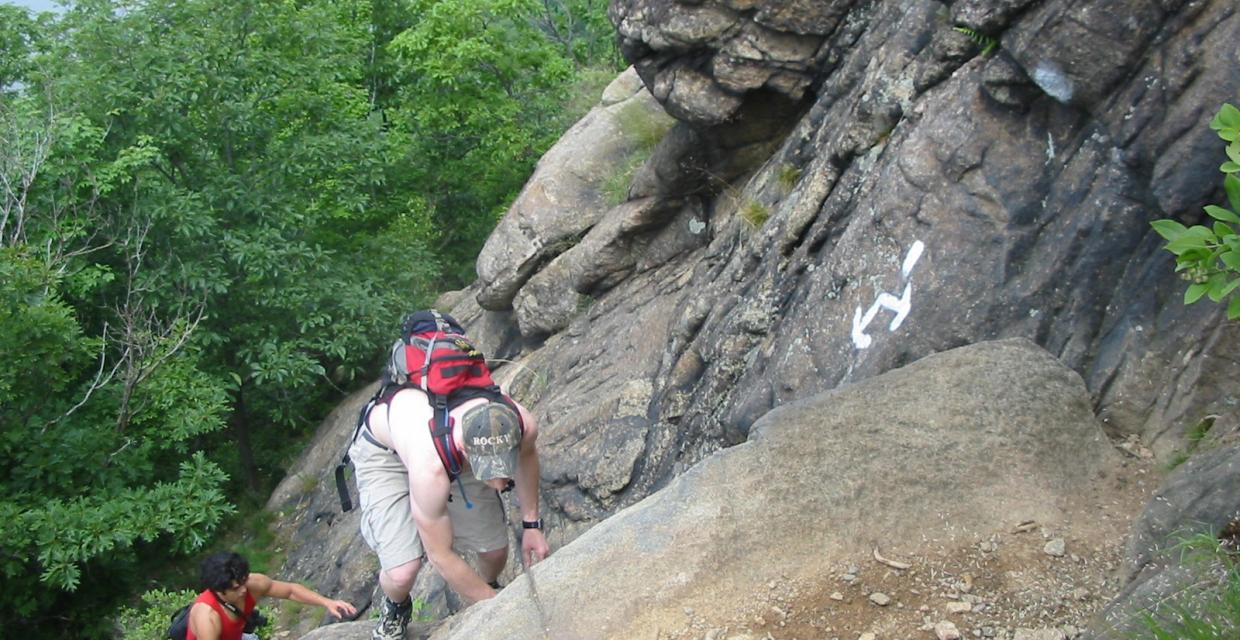 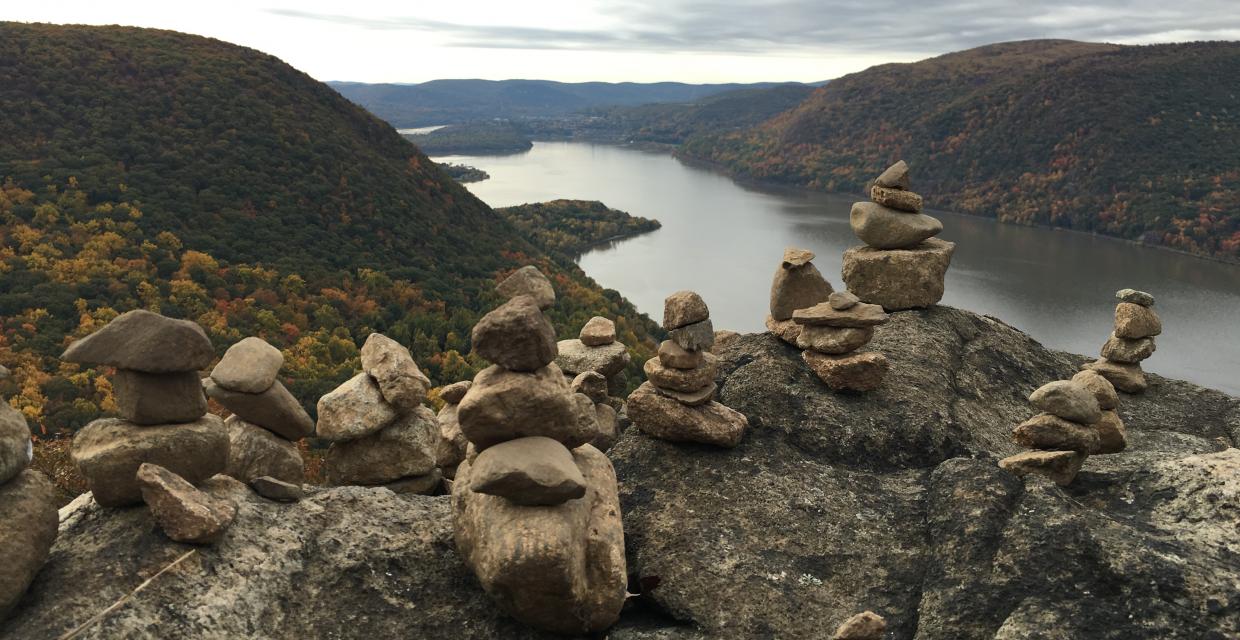 Often called ‘the most popular day hike in America,’ Breakneck Ridge is a challenging climb in Hudson Highlands State Park Preserve about 90 minutes north of New York City. The trails on Breakneck Ridge test hikers of all ages with steep rock ledges and then reward them with sweeping views of the Hudson River.

TRAIL ALERT: The Breakneck Ridge Metro-North Station will be closed for winter 2019 and will reopen spring 2020.

The 2.8-mile Breakneck Ridge Trail is easily accessible by car via Route 9D and by train from Manhattan via Metro-North’s Hudson Line, so you can count on lots of company during your hike.

Make sure to wear athletic shoes or hiking boots to climb Breakneck, and bring plenty of water and snacks. A map is always recommended. Do not attempt this hike in wet weather or if the trail is covered in snow or ice. Be aware of the potential for falling rocks.

Breakneck Ridge’s proximity to New York City makes it one of the most heavily hiked trails in the region. If you’re looking to get out for the day, hope to escape the crowds, but still need to rely on a train to get you to the trailhead, consider these five train-friendly trails. All five of them are less than 90 minutes from New York City. You might also consider saving Breakneck Ridge for a weekday.

Know Before You Go

The first section of the trail heads south, almost immediately reaching a viewpoint over the Hudson River to the left of the trail. Storm King Mountain is visible directly across the river. Bannerman's Castle on Pollopel Island is to the right.

Follow the white-blazed trail as it climbs steeply along the exposed rocky ridge. There are views through the trees of the river as you climb but the first big reward is a dramatic panoramic view from a rock ledge marked by a flagpole.

The views up and down the river from this point are spectacular. Looking up to the top of the ridge from this spot, you'll see a steep, near-vertical rock outcrop that you will have to climb to gain the crest of the ridge.

The trail bears slightly to the left to find a climbable route. This part of the trail is the most challenging from a technical point of view. In several places, an alternative route, marked with X's, has been blazed to the left of the main route (which is marked with white blazes). Those who wish to avoid the toughest climbs - some of which require a degree of technical skill - should follow the alternative route.

More panoramic viewpoints are up ahead. Finally, the steepest part of the climb ends. You will pop out onto a large flat area with spectacular views over the river. From here, the trail descends slightly then climbs through a wooded area and emerges on south-facing ledges with views over Bull Hill and the valley between Breakneck Ridge and Bull Hill.

After a steep climb through pines, the trail reaches a south-facing viewpoint over the river. It then descends

steeply and reaches a junction with the yellow-blazed Undercliff Trail, which leaves to the right. You've gone only about 0.7 mile from the start of the hike, but you will probably feel like you've hiked much farther.

Continue ahead on the white-blazed Breakneck Ridge Trail, which now climbs steeply to reach another panoramic viewpoint. This one is a little different from the previous overlooks, as a knob of Breakneck Ridge protrudes just to the left of Storm King Mountain across the river.

The trail now climbs a little more, then levels off, with some minor ups and downs. You'll pass another south-facing viewpoint over Bull Hill and then get a glimpse of the river to the left. Keep a lookout for three red-on-white blazes on a large boulder to the left of the trail, reached after a short ascent. These blazes mark the start of the red-blazed Breakneck Bypass Trail.

Turn left, leaving the Breakneck Ridge Trail, and follow the Breakneck Bypass Trail, which climbs a small rise. As you descend from the rise, watch carefully for a sharp left turn in the trail after 100 feet. Do not continue on a well-trodden path that proceeds straight ahead, downhill.

Soon, you'll reach a viewpoint to the right of the trail, looking northeast over Sugarloaf Mountain, with the Newburgh-Beacon Bridge in the distance. (If you come to a viewpoint over the river to the left of the trail, you've gone the wrong way and should return to the top of the knob.) The trail continues to descend along an eroded woods road, with the trail having been rerouted to the left to avoid some badly eroded sections of the road. The trail makes a sharp left turn and then climbs slightly to another view of Sugarloaf Mountain.

After descending - first steeply, then more gradually - the Breakneck Bypass Trail ends at a junction with the yellow-blazed Wilkinson Memorial Trail. Turn left and follow the Wilkinson Memorial Trail, which proceeds downhill along a woods road (now largely narrowed to a footpath) to its end at Route 9D. Turn left and follow Route 9D south for about 0.3 mile to the parking area or Breakneck Ridge train stop where you began the hike.

Often called ‘the most popular day hike in America,’ Breakneck Ridge is a challenging climb in Hudson Highlands State Park Preserve about 90 minutes north of New York City. The trails on Breakneck Ridge test hikers of all ages with steep rock ledges and then reward them with sweeping views of the Hudson River.

TRAIL ALERT: The Breakneck Ridge Metro-North Station will be closed for winter 2019 and will reopen spring 2020.

The 2.8-mile Breakneck Ridge Trail is easily accessible by car via Route 9D and by train from Manhattan via Metro-North...

Prepare For Your Destination

Whether you are going for a day hike or backpacking overnight, it is good practice to carry what we call The Hiking Essentials. These essentials will help you enjoy your outing more and will provide basic safety gear if needed. There may also be more essentials, depending on the season and your needs.

Water - Two quarts per person is recommended in every season. Keep in mind that fluid loss is heightened in winter as well as summer. Don't put yourself in the position of having to end your hike early because you have run out of water.

Map - Know where you are and where you are going. Many of our hiking areas feature interconnecting network of trails. Use a waterproof/tear-resistant Tyvek Trail Conference map if available or enclose your map in a Ziplock plastic bag.  If you have a mobile device, download Avenza’s free PDF Maps app and grab some GPS-enhanced Trail Conference maps (a backup Tyvek or paper version of the map is good to have just in case your batteries die or you don't have service).  Check out some map-reading basics here.

Food - Snacks/lunch will keep you going as you burn energy walking or climbing. Nuts, seeds, and chocolate are favorites on the trail.

Rain Gear and Extra Clothing - Rain happens. So does cold. Be prepared for changing weather. Avoid cotton--it traps water against your skin and is slow to dry. If you are wearing wet cotton and must return to your starting point, you risk getting chills that may lead to a dangerous hypothermia. Choose synthetic shirts, sweaters and/or vests and dress in layers for easy on and off.

Compass - A simple compass is all you need to orient you and your map to magnetic north.

Light - A flashlight or small, lightweight headlamp will be welcome gear if you find yourself still on the trail when darkness falls. Check the batteries before you start out and have extras in your pack.

First Aid Kit - Keep it simple, compact, and weatherproof. Know how to use the basic components.

Knife or Multi-tool - You may need to cut a piece of moleskin to put over a blister, repair a piece of broken equipment, or solve some other unexpected problem.

Emergency Numbers -  Know the emergency numbers for the area you're going to and realize that in many locations--especially mountainous ones, your phone will not get reception.

Common Sense - Pay attention to your environment, your energy, and the condition of your companions. Has the weather turned rainy? Is daylight fading? Did you drink all your water? Did your companion fail to bring rain gear? Are you getting tired? Keep in mind that until you turn around you are (typically) only half-way to completing your hike--you must still get back to where you started from! (Exceptions are loop hikes.)

Check the weather forecast before you head out. Know the rules and regulations of the area.

The Leave No Trace Seven Principles

Plan Ahead and Prepare

Travel and Camp on Durable Surfaces

Leave What You Find

Be Considerate of Other Visitors

The Trail Conference is a 2015 Leave No Trace partner. 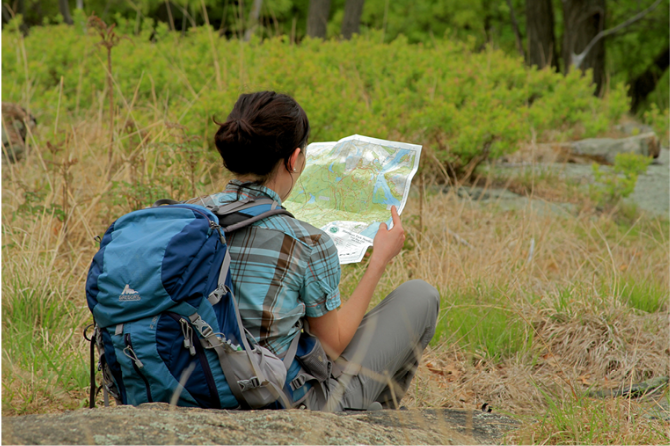 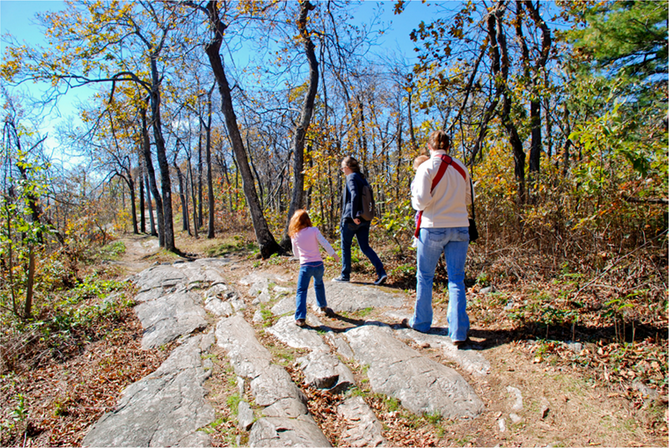